For Many Caribbean Immigrants, It Wouldn’t Be Christmas Without Black Cake 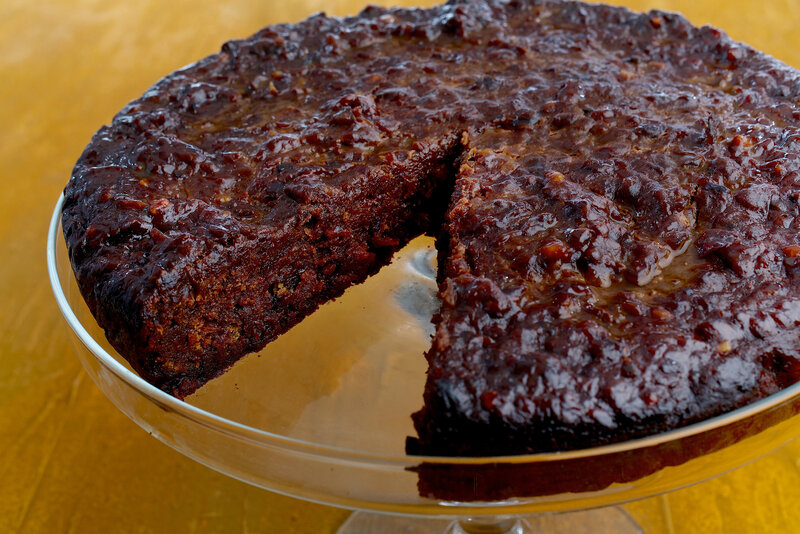 Black cake, a rich, molasses-spiced cake filled with drunken dried fruits, is a part of Christmas festivities throughout the Caribbean. The cake varies from island to island. Above, a black cake recipe from Trinidad.

Susan Adolphus James has one vivid memory of childhood Christmases on the island of Beaulieu, Grenada: black cake.

“Christmas don’t feel like Christmas if you don’t have a piece of black cake,” says James, who moved to the U.S. as a teen.

The rich, molasses-spiced cake filled with drunken dried fruits is a part of Christmas festivities throughout the Caribbean. The cake likely evolved from holiday plum pudding recipes British colonizers brought to the West Indies in the 18th century. Islanders modified these recipes, incorporating local ingredients and liquors. With time, black cake became a staple on Caribbean Christmas dinner tables, alongside a roasted ham, a jug of sorrel (hibiscus tea seasoned with spices), pasteles and rice.

The production of the cake begins almost a full year in advance. Currants, raisins, cherries, prunes and the peels of oranges and lemons are soaked in rum and wine for roughly six months in airtight jars, in order for the fruit to become properly saturated for the cake. Cinnamon, nutmeg, a bay leaf, tonka bean, kola nut, and other island spices are added to sifted flour to make the cake batter. But what truly makes it black cake is the burnt sugar – known as “browning” – poured in seconds before the cake goes into the oven, giving the dessert its distinctive, rich dark color.

Now James is part of the large Caribbean diaspora in Brooklyn, N.Y. For some in this community, holiday rituals such as the cleaning and repairing of one’s home before Christmas have fallen by the wayside, but black cake still has its place in West Indian bakeries and homes. 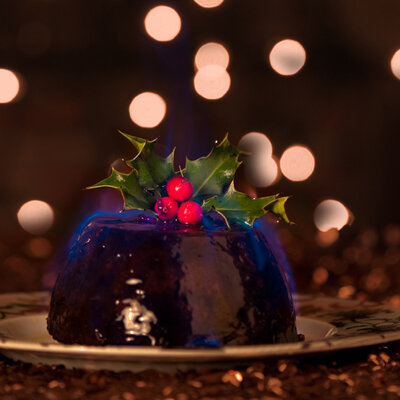 A Christmas Pudding In The Mail Carries A Taste Of Home

In Crown Heights, Brooklyn, Unella Rhone Perry has a jar of dried fruits soaking in rum and wine. During the weeks before Christmas, she and eight women in her family meet to assemble 15-20 black cakes for loved ones.

“It’s a labor of love,” says Perry, who was raised in Jamaica but has lived in Brooklyn for 30 years. “It really takes time and patience to [make black cake] and get it right.”

Black cake was taught in the home economics class she took in Kingston, Jamaica, when she was 16. Perry recalls using soda bottles in her class to mix butter and sugar together, since electric mixers were not available.

Every summer she would buy dried raisins, currants, and prunes in season and start the soaking process. When Christmas arrived, the fruits would plump up, rich with the flavors of Jamaican wine, rum, and cinnamon sticks.

“[Black cake] brings back home and childhood,” Perry says. “I think it really signifies a heritage as to where we are from.”

The cake varies from island to island. James says her Jamaican friends add rose water to their black cake, whereas she adds tonka bean, kola nut and mixed essence ( a tropical extract made of almond, pineapple, pear, vanilla and strawberry).

At Gloria’s, a longtime Trinidadian restaurant on Nostrand Avenue, black cake has been a Christmas tradition since it opened in 1974. Bryan Cumberbatch, the grandson of the restaurant’s founder, Gloria, recalls being in the kitchen when his grandmother would make this cake. She always offered him a warm slice. 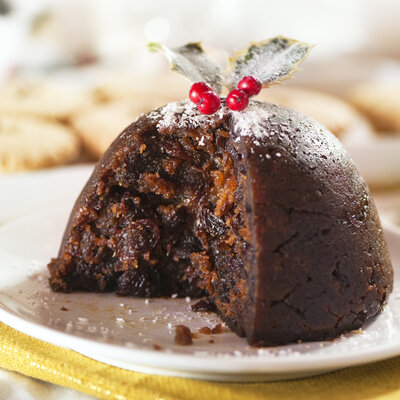 Cumberbatch took over the restaurant after his grandmother’s passing in the early 2000s. But the women in his family dominate the baking at the restaurant. Every Christmas, his aunts Kim Wilson and Nicole Cumberbatch bake and sell 400 to 500 black cakes.

“It’s an island-mandatory thing,” Cumberbatch says. “You have to have black cake, the pasteles, the roast beef, everything on that table. That’s just how we grew up.”

Susan James says the holiday black cake baking in her family used to be dominated by her mother, Mama Veda. But she gave that up after she had an aneurysm a decade ago. For years, the family bought the cake at a local bakery, but this year, James is taking over the tradition for the first time – using a recipe inspired by both her mother’s method and a yellowing Grenada cookbook written in a language only locals can dissect.

“The book just says ‘spice,’ so if you’re not from Grenada and you read the book, you won’t know what specific spices,” James explains.

James was a bit nervous about taking over black cake duties for her extended family, but her efforts seem to have paid off. 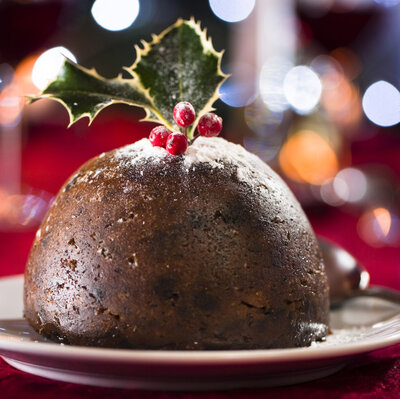 For Australian Christmas, Everything’s Overturned But The Pudding

“My sister called me and said she wants more,” James tells me, as she takes another cake out of the oven. “The flavor is just like my mom’s.”

This story was produced in collaboration with Feet In 2 Worlds, an immigration journalism project of the Center for New York City Affairs at The New School.

About 10 ounces of flour

Recipe has been adapted from The Grenada Independence 1974 Homemakers Cookbook.

This work is licensed under a Creative Commons Attribution-NonCommercial-ShareAlike 4.0 International License.

© Raymond Maxwell and thisismypoetryblog.wordpress.com, 2013-2020. Unauthorized use and/or duplication of this material without express and written permission from this site’s author and/or owner is strictly prohibited. Excerpts and links may be used, provided that full and clear credit is given to Raymond Maxwell and thisismypoetryblog.wordpress.com with appropriate and specific direction to the original content.
Follow #ThisIsMyPoetryBlog on WordPress.com

This work is licensed under a Creative Commons Attribution-NonCommercial-NoDerivs 3.0 Unported License.
clayandbranches

poems and ruminations written in homespun plain language that everybody can understand.